Effects of the Date Line

Fred Noonan was well versed in the factors that date and time played in celestial navigation. He was one of the best navigators in the world at the time - and he was definitely aware of the need for an exact and precise syncing of his chronometer to the local time in Greenwich, England. In fact, if you read Elgen Long’s accounts of the World Flight, he was obsessed with making sure his chronometer was set accurately (1). When you consider the implications of being off by just one minute – which accounts for 15 nautical miles of location error -  you can understand why setting the clocks was a priority. It could make the difference between finding your destination and never making it there.

Even though a date error can have the same effect on navigation as a chronometer error, it might not have been as much of a practical consideration for Noonan. As an experienced navigator, he understood the implications of using the wrong date, but for the most part in his celestial navigation experience, flights had been conducted over the course of one day, and, if the flights were overnight, it was relatively straightforward - his navigation tables were arranged such that the date progressed forward as the flight progressed.

The date in this particular case, however, was not that straightforward. In fact, the particulars of the date, time, duration, and location of Noonan and Earhart’s final flight from Lae to Howland made it an oddity in terms of celestial navigation calculations, and it may have led to a fatal error in Noonan’s calculations of where they were and where they were headed. 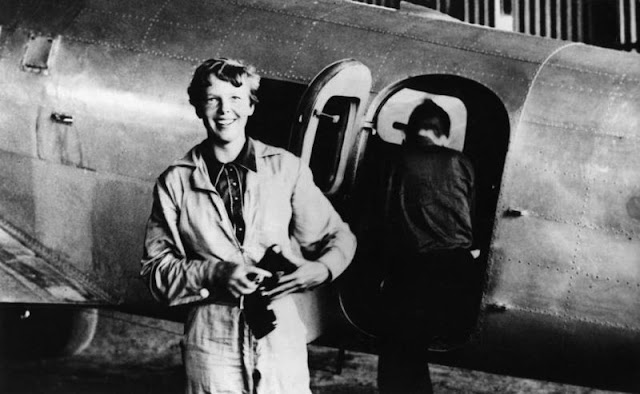 The Lae-Howland flight was estimated to take Noonan and Earhart roughly 18 hours. This schedule would have them leaving Lae at 10am local time and arriving at Howland at roughly 6am local Howland time, or 4am local time in Lae(1). During the course of the flight, they passed over midnight local time, somewhere in the middle of the Pacific Ocean. This point of local midnight is significant because at local midnight, the date would change from July 2nd to July 3rd, involving a change of date in the calculations for their local time and thus location.

If Noonan did not account for this second date change, his longitude calculations would be off by a full day, putting them 4 minutes back in terms of the sun’s right ascension, which equates to 1 degree of longitude and positions them 60 nautical miles farther eastward on their flight path than they really were, just as they were nearing their destination.

Is it possible that Noonan did not change back to July 2nd after crossing the 180-degree Date Line? This could be due to the fact that there is no alarm, warning signal, or visual reference that could have alerted him to crossing the Date Line. In fact, his chronometer was set to Greenwich Mean Time and did not imply a date change at all. They left at midnight GMT on July 2nd and were set to arrive at Howland at 1800 GMT on July 2nd. (For people in England, Earhart and Noonan's entire flight took place on July 2nd.)

The timing for these changes could also have played into human factors. They had flown all day and into the night for roughly 12-13 hours when they crossed local midnight. They then flew another five hours before crossing the Date Line at roughly 6am local time. Noonan could have been severely fatigued at the point at which he would need to change the date back to July 2nd for his calculations. He was also extremely busy. The sun would be rising shortly after they crossed the Date Line. Just before they crossed it, he may have been attempting to get his last star fixes as the morning twilight was drowning them out - and just after they crossed the Date Line, he may have been preparing to take a fix on the rising sun(1). 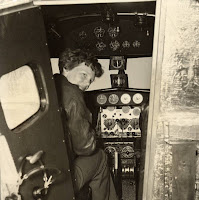 If Fred took a reading on any star or the sun after crossing the dateline and continued to use July 3rd charts rather than July 2nd charts, his calculations could have put them one degree of longitude farther east, or roughly 60 nautical miles farther along their course than they really were. Any additional fix after that from star or sun with the July 3rd chart could then relay the same miscalculation of longitude. This change in longitude could have made him think that Howland Island was 60 nautical miles closer than it was, and resulted in navigating towards a Howland Island that was 60 nautical miles west of the real Howland.

While relying on Earhart’s radio calls for factual information can lead to unsubstantiated assumptions, we can look to two of her radio calls during this timeframe that might support the Date Line Theory, and answer a long-held question about the accuracy of her reports.

If at 1745 GMT, Earhart was indeed about 200 miles out from Howland Island, she would have been nearing or at the International Date Line. If Noonan was using July 3rd for his calculations at this time, perhaps for a pre-sunrise star fix, then this calculation would be an accurate one and they would be truly “about 200 miles” from Howland Island. After this position fix and 1745 GMT radio call, if Noonan did not change back to the July 2nd charts, then his calculations after crossing the Date Line would put them 60 nautical farther eastward than they actually were and a star or sun fix just before Earhart’s 1815 GMT radio call may have made the difference in her now reporting “about 100 miles out” even though they actually may have been 160 miles out from Howland at the time.

These distance figures are rough estimates, by Earhart’s own admission. The radio calls are hard to put much weight on in determining what happened during the flight. There is, however, a discrepancy in the locations reported by Earhart between the two radio calls, and their crossing of the Date Line does fall between the two positions Earhart reported. This explanation may support the Date Line Theory, but may also be pure coincidence.

The diagrams below show a rough estimate of Earhart and Noonan’s potential flight paths based on the Date Line Theory. The first diagram shows their path given a straight flight path to Howland Island. The second diagram shows what the flight path may have looked like if they flew a Line of Position (LOP) approach. Both flight paths ultimately result in the same conclusion. (You can click on the images to enlarge them.) 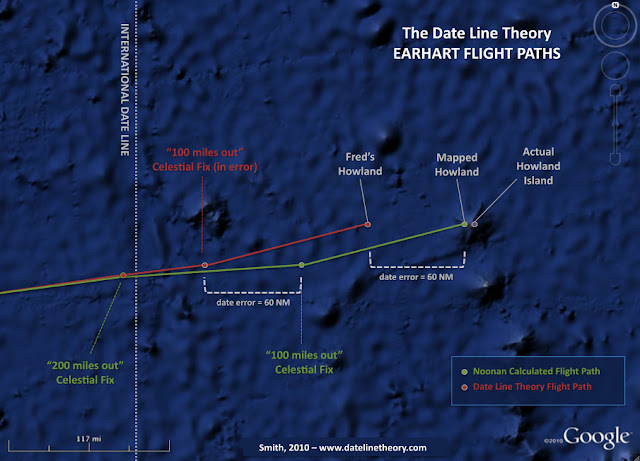 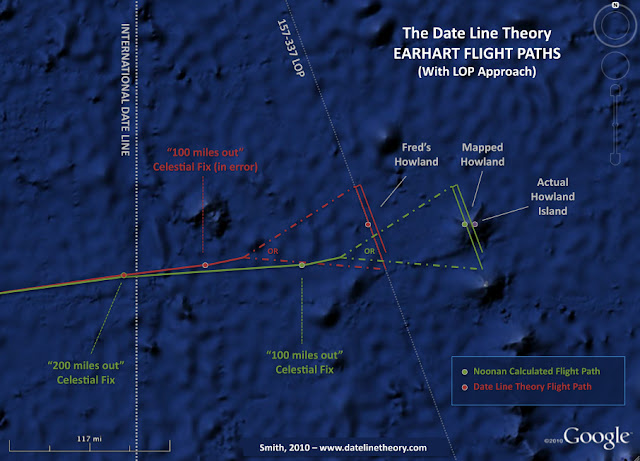 NEXT: Where is Amelia Earhart’s Electra?